Sales of the premium Upper Crust range were in decline. The task was to promote 4 new Upper Crust Pizzas to Gen Y with an idea that incorporated an extensive product sampling activation.

Our audience are part of the upcycling and "maker culture" which uses creativity and craft skills, rather than spending money, to enhance their lives. In the same way the extra quality of Upper Crust enhances the pizza occasion.

Link these two truths – Make it a bit more special. Upper Crust it.

Working with our media partner Initiative and Ignite Media and MTV, we created a suite of content across their digital, social and terrestrial channels, incorporating the sampling campaign and an ongoing Instagram competition.

First we defined what the thing we were talking about. 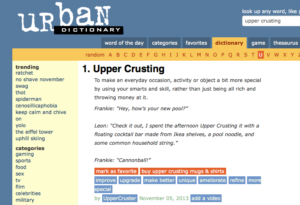 Then we showed them how through a series of videos with tips on simple ways to Upper Crust any occasion.

This video, with music by Charles Murdoch, sat at the heart of the sampling integration. The bike created in the video became the delivery vehicle, literally, for the product sampling. 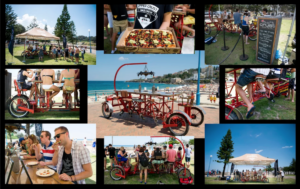 We extended Engagement through a simple competition requiring people to snap an image of something which had been Upper Crusted, with weekly prizes of Upper Crust pizzas awarded to the best ones. 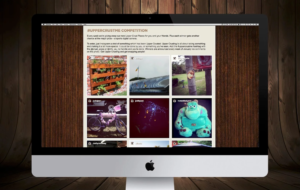 Finally the pizzas needed personality, so we gave them headlines with flavour. 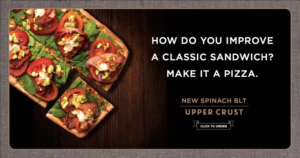 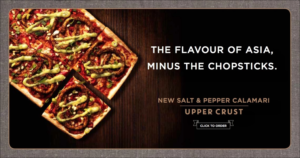 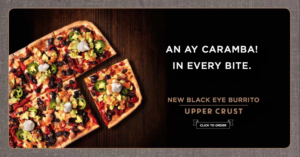 We not only reached Crust’s 11 week sales target in just 4 weeks. After 2 months the declining sales weren’t just arrested, they were up 59% across the entire Upper Crust range.